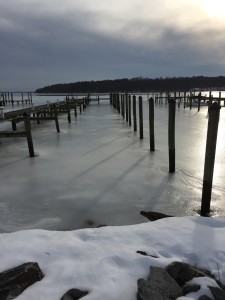 Goodbye Ice and snow- we are ready for spring!

Goodbye ice and snow! Spring is popping! We shattered high temperature records already, and went from heat to A/C in the house on the same day. The groundhog was right — it’s an early spring. I’m ready, or at least I’m try to keep up. This last week I managed to get a lot of grasses, sedum, liriope, iris, rose bushes and some of the straggly nandina trimmed up and ready for the new growth. I’m more than half done, but this year many of them are already showing signs of new growth. Normally that doesn’t happen until much later in March or April around here. Mother Nature has been confused, most definitely. 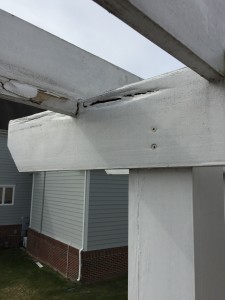 After just a couple of years, despite lots of maintenance, there was a huge amount of rot in the wisteria arbor. Time for replacing!

We also had some pretty awful rot in the arbors that we built only a few years ago. Before we installed them, I primed them, put on two coats of paint, and then annually gave them another coat of paint, but they completely failed anyway, full of rot — very discouraging! So this time around, we used PVC instead of wood, and there will be no chance of rot again. It looks great! We were rushing to get this project finished because this is one of the arbors that the wisteria is trained on, and we wanted to get it finished before it started to open up for spring. Just made it! 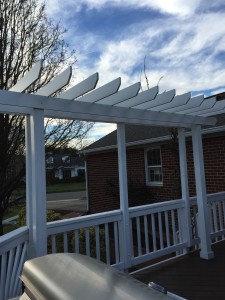 The new and improved arbor, this one made with PVC instead of wood — no more rotting! This one also has been made a little wider to give more sun protection below, and more room for the wisteria above.

This is really my favorite time to be outside in the garden. I love getting the plants ready for the season. Things grow so fast you can almost see it happening, and it feels so fresh after being couped up during the winter. The robins have been coming through en mass, and I have already seen nests being built, so I know I’m not the only one ready for spring! Here are some of the early blooms already making their debut in garden: 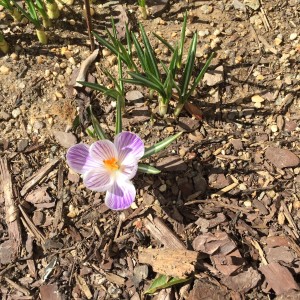 As soon as the snow melted the crocus appeared… 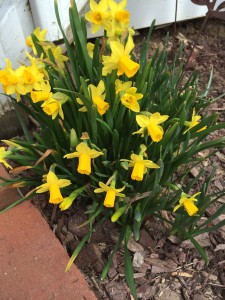 Followed quickly by the daffodils… 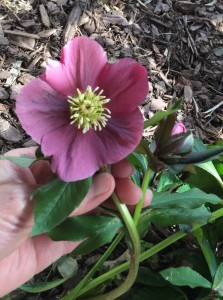 And now the hellebores are starting to bloom — so pretty!