Time for a Fresh Fall Update 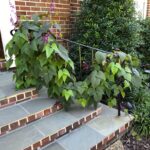 Hello, gardening friends! Are you loving the cooler weather as much as I do? What a change these last couple of weeks have brought. As you probably know by now, I am in love with purple, so I have decided to use lots of it this fall in my decorating.

This summer I grew everything from seed. I have to say it was fun but much more labor intensive. This was my pandemic challenge to myself: to see how much I could save by using just what I had. I think the only garden supplies I actually bought this summer was one bag of fertilizer!

I grew lots of vinca and several hyacinth bean vines that I experimented growing in different ways. I’ll share more on that today. I also tried zinnias, which are usually super-easy, yet I failed at that one. I put them outside too soon, and there was a rainstorm which brought on a cold snap, and the whole tray got fungus. Lesson learned to just wait until it’s warmer! Everything else did wonderfully though when I started them a couple of weeks later.

What a crazy year this has been! Extremes of all kinds, but through it all there were some clear winners. In this year’s picks I want to talk about some of the hardiest plants in the garden.

I’m going to start with one of my all time favorites, the boxwood. The boxwoods in the photo above are about 45-50 years old and are the true stars of the garden. I prune them in early December each year and use the trimmings for Christmas decorating. Beyond that annual pruning, I hardly need to do anything to them. They have weathered every kind of extreme in their lives and continue to look amazing!

For several years, there has been a disease affecting boxwood plants called boxwood blight. The boxwood blight is passed by using infected tools. Just by cleaning your tools thoroughly before pruning or trimming, you will protect the plants from getting the disease. I clean my pruners with rubbing alcohol prior to using them. Another tip would be to have a pair of pruners dedicated strictly for use on these beauties, but I would still recommend swabbing them between cuts with alcohol to be ultra safe.

Here’s another surprise entry in this year’s top plants — grass. In the early season, when this photo was taken, we had just gone through the wettest spring ever! Everything was green beyond measure, and then by the end of June, we entered a severe drought. For four months we didn’t really have any measurable rain. I did not water, except for the trees, and let the grass go dormant all through the summer months. It turned completely brown, and the dirt was like dust. I was truly worried that I’d taken the no–watering thing too far. In September, I started watering, although we were still having 95-100 degree days and no rain, my hopes were to at least save the roots. Nothing greened up at all. Then finally as October started, we had 5 beautiful soft rains, and like a miracle, the grass came back into health again, like nothing ever happened!

Which brings me to the point of this story: there’s nothing like real rain! What comes out of a sprinkler just doesn’t compare. When you water in the triple digit heat of the summer, it encourages weeds. Grass doesn’t grow in extreme heat. I will stand by allowing the grass to go dormant in that kind of condition. It’s much kinder to the roots, than to stress grass into trying to grow — which can kill it. Another giant help to the health of this year’s grass was dethatching the lawn and applying a root stimulating turf builder last fall, which gave us a thicker and virtually weed free yard this year. I highly recommend working your way around your yard using a dethatching rake. It’s very hard work, but pays off in a beautiful way, allowing water and nutrients to easily get to the root system.

I also want to point out one of my all time tried-and-true flowers: my pansies! After the summer of gorgeous color from the vincas, I wanted to continue with some hardy winter flowers. With any luck they will provide color until the end of April.

The beautiful mums have some competition this year. I was so happy when the weather finally cooled down some, I put in 125 pansies across the front. A fresh start to celebrate the season. And gives the frontage some great fall curb appeal. I was thinking ahead to Christmas when I chose the colors — gold, burgundy red, purple, and white — to complement the traditional fruit wreath I’ll be hanging in December.

Before I say good night, I hope that next year’s growing season is not as harsh as this one has been, but just in case it is, here’s hoping that we can all adjust to our changing climate by seeking out the most hardy plants. Let me know what changes you are planning; I’d love to hear! 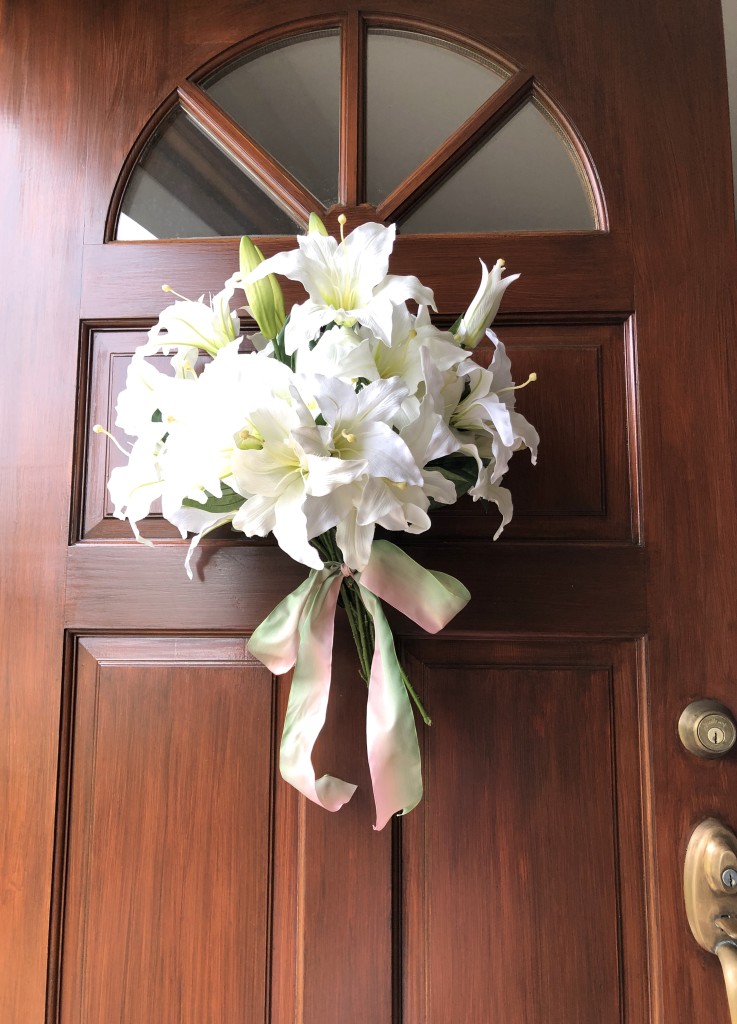 Wishing all my readers a joyful Spring-